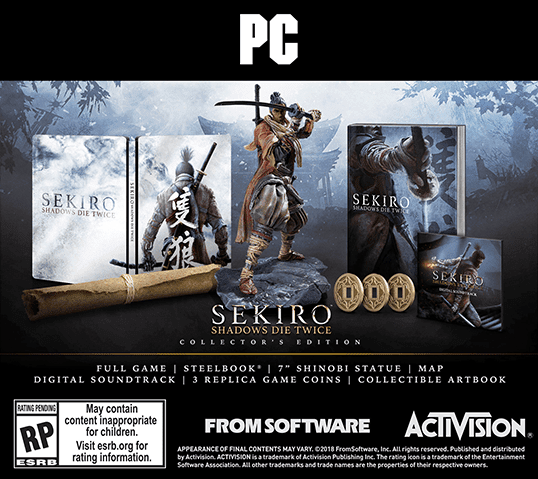 Sekiro Shadows Die Twice Carve your own clever path to vengeance in the award-winning adventure from developer FromSoftware, creators of Elden Ring, Bloodborne, and the Dark Souls series. This Shinobi game MUST BE Played !
Post a Comment
Read more

By GamerNo1. October 02, 2022
Assassin's Creed Mirage In the mid-18th century, the Ottoman Empire and the Knights of St. John (a religious order) were in a stalemate from the siege of Rhodes. Skenderbeg (played by Marouane Fellaini) led an Ottoman army attack on the Order's stronghold at Borgo San Sepolcro. Despite Skenderbeg's best efforts, the Ottomans were unable to seize the city and were forced to retreat. While resting for the night in his tent at camp, Skenderbeg was visited by Darius (played by Mehdi Dehbi), a Templar who offered him a Piece of Eden known as the Apple of Eden which would give Skenderbeg unimaginable power if he found its three keys. With his sights set on Rhodes, Skenderbeg agreed to take part in an operation with Darius called ' Mirage '. Pre-order to get an additional quest, The Forty Thieves. Code for pre-order content will be provided on a printed card inside the box.
Post a Comment
Read more